At first I didn’t quite believe him (I somehow had the audacity to question both the word of a Harvard Medical School researcher and the work of a Harvard School of Public Health research team XD ). However, after asking several questions about the statistical rigor of the study, reading the study myself, and then considering it over the past few days, I’ve actually come to think the study results make a lot of sense. The study indicates a rather undeniable connection between religious service attendance and mortality (see my P.S. below), plus I realized the results actually fit within my paradigm of spirituality and Connectedness (but in case you’re concerned, this blog post won’t send you running to a church/temple/mosque/synagogue unless you want to!).

Furthermore, what I find especially interesting is that when social support (i.e., support from one’s community, including friends, family, people in one’s religious congregation, etc.) is taken into account, it only explains part of the variance. This means that while social support explains some of the effect, it by no means explains the whole reason that religious service attendance is linked with decreased mortality risk, neither does having a personal spirituality, engaging in healthy behaviors like not smoking, or other potential confounders. Therefore, this study shows that beyond having social support, a personal spirituality, and a healthy lifestyle, religious service attendance seems to offer something else, a unique “je ne sais quois,” that contributes to our well-being.

Keeping this in mind, it seems the key is the combination of religion and community, as though there is something uniquely beneficial about participating in, being accountable to, and drawing support from a community that centers on shared religious beliefs and rituals.

Therefore, as the authors of the paper recommend, “…for those who already hold religious beliefs, attendance at services could be encouraged as a form of meaningful social participation.” Thus, if this is you, the spiritual tool in this blog post is simply an encouragement to regularly attend religious services, to not let life’s busyness sway your commitment to religious participation, and to let your religious community be a priority in the same way living healthy should be a priority, because at the end of the day your religious community is influencing your well-being 🙂 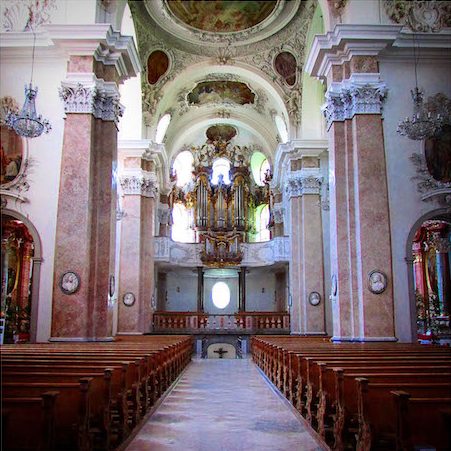 However, this method will clearly not work for everyone. There is evidence of a growing population of what academics call “Religious Nones”[iii]  (yes, pun intended), which can include the unaffiliated, the agnostics, the atheists, the “spiritual but not religious,” some followers of non-traditional spiritual texts like the Urantia Book and A Course in Miracles, and any others who identify with the Religious Nones label. Although there is compelling data for religious service attendance, the Harvard School of Public Health (HSPH) study by no means suggests that Religious Nones should go to church—if it’s against their values and beliefs, my guess is this could be life shortening XD

Yet, the HSPH study does make me wonder if there are ways for Religious Nones to still accrue the same benefits in a non-traditional way. Instead of the key combination being religion and community, perhaps it is actually spirituality and community. This would not change the importance of religious communities for religious individuals, but it would mean there are options for the non-religious, particularly if spirituality is defined as the human experience of Connectedness.

While writing this blog I searched through books I have collected throughout my master’s degree, hoping that another’s words could better elucidate my musings about spiritual communities. I gratefully stumbled across this section from Tara Brach’s book, True Refuge:

“In the Buddhist tradition, the word sangha originally referred to the congregation of monks and nuns who followed the way of the Buddha. Today in the West, the concept of sangha has expanded. The key element that distinguishes a sangha or conscious community from other social organizations is the commitment to a particular and shared set of values and to shared practices or ritual that serve spiritual awakening. Some of the best-known sanghas in our culture are twelve-step groups, communities whose members help one another stay free from addictive behaviors and transform their lives for the better.

All religions and faith groups have their forms of spiritual community, but you do not need any formal affiliation to experience this kind of belonging. Our meditation community includes people from many traditions. As well as those who are determinedly secular… Of course, we can experience the benefits of sangha even if we are not part of a spiritual group. It’s with family and friends that we often experience our most ongoing, challenging, and profound awakenings. Our hearts open wide when we celebrate births and weddings, when we mourn the loss of loved ones, when we gather at a holiday meal, when we confide a difficult truth, and when we help one another through sickness and stress” [iv]

Perhaps, as Brach’s words suggest, it is possible to find spiritual communities in a variety of locations, with a variety of people. Perhaps spiritual communities are places where our hearts open wide, where we embrace the mysteries of life with wholeheartedness and strength. Perhaps it is simply about intentionality, about purposefully cultivating a shared sense of Connectedness with family, friends, and communities. 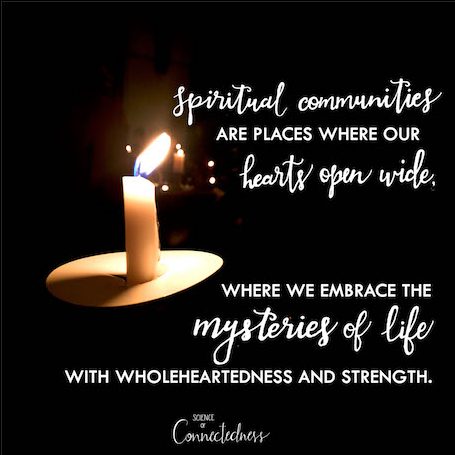 Nevertheless, intentionality is a key word here, as it is often simpler, especially for those whose spirituality is primarily a personal practice, to not make the effort to engage with a religious or spiritual community. Yet, as the HSPH study has shown, there is something unique about combining spirituality and community that contributes to our well-being and length of life. Of course, acquiring health benefits should not be our sole purpose for engaging with religious or spiritual communities; rather, the health benefits should be taken as an indication that these types of communities are an important aspect of human life.

Therefore, for any Religious Nones reading this blog post, I encourage you to engage with a spiritual community. Let the HSPH study guide you to set aside time with family and friends for Connectedness-inspiring conversations, to find a regular meditation group to join, or to create a recurrent study group around a spiritual text (or blog 😉 ). If you do, you may be extending your life!

P.S., Here is a bit more about the design of the study: Previous studies on religious service attendance and mortality have often been criticized for design flaws, like failing to show causal direction and not accounting for confounding variables. However, this new study from Harvard is different because it is really well-designed. The data comes from the larger Nurses’ Health Study, which has been collecting lifestyle and health data every two years since 1976 from the same group of female nurses in the United States. Consequently, the piggy-backing HSPH study is able to account for those previous criticisms because, starting in 1996, it follows participants for 16 years (thus showing the direction of the effect), and it measures religious service attendance as well as possible confounding variables like social support and health behaviors (thus proving what actually causes the effect). In addition, the study has high statistical power because, by piggy-backing off the larger study, it has a sample size of almost 75,000 participants! (To give some context, my honors thesis had 187 participants XD ) There are still limits to the study, like the fact that it only sampled women of a similar age, income, and religion (majority are Christian), which means that the results may not be generalizable to the greater population. Nonetheless, the results are still compelling and worth considering 🙂

[ii] Zauzmer, J. (2016 May 16). Another possible benefit of going to church: A 33 percent chance of living. The Washington Post. Retrieved from https://www.washingtonpost.com/news/acts-of-faith/wp/2016/05/16/another-possible-benefit-of-going-to-worship-services-a-33-percent-chance-of-living-longer/

2 thoughts on “Religious and Spiritual Communities”